Artist bio: Prince Roldy (Born 21 February 1989) otherwise known by other rap monikers such as Sultan and Shaw Sultan Husayne, is a Canadian rap artist of Iranian descent who claims to be a descendant of the Shaw Dynasty, that ruled in Iran form 1501–1722. Prince Roldy has never been to Iran and was raised with a “Canadian” family. He is known for wearing extravagant gene costumes and claims to possess a magic carpet. His lyrical content explores middle eastern themes and stereotypes.

Explanation: Through Prince Roldy I explored the fantasy and identity of my Middle Eastern heritage. Prince Roldy exemplifies how little I know about my Iranian heritage. He is the embodiment of every naive thought I ever had about this culture. Magic carpets, magic lamps, poetry drinking tea—things that were taught to me through watching Aladdin as a child. I was able to express these misconceptions through poetry and hip hop performance in a variety of nightclubs and art facilities in Canada, Germany, Holland and Sweden between 2009 and 2012. 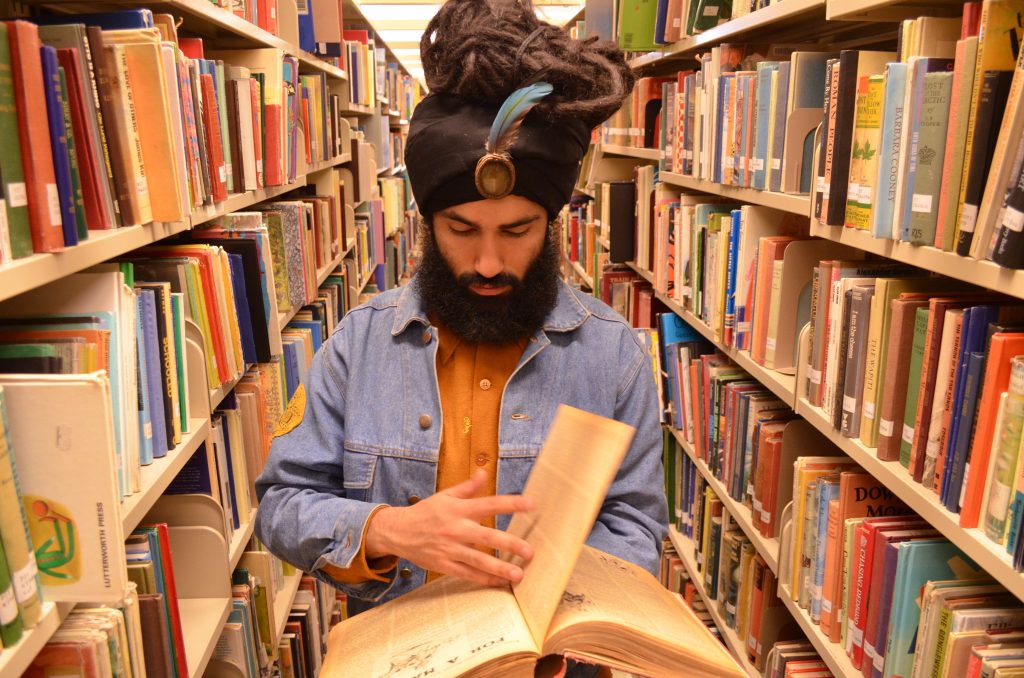